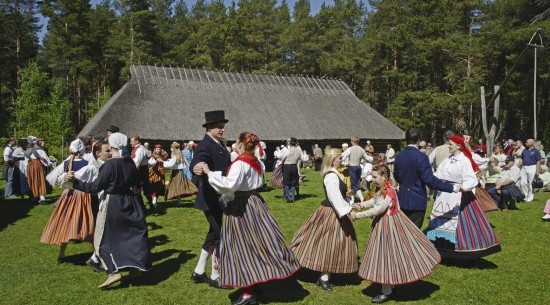 Travel back to the rural Estonia of old in this vast, living museum filled with recreated, 18-20th century villages.

The forested park comprises numerous thatched farm buildings as well as historic windmills, a wooden chapel and a village school. Staff is period costume demonstrate how people lived and worked in times past. Visitors can buy handicrafts and try out the traditional foods served in the village tavern.

The museum is located in the quiet, seaside Rocca al Mare area, an ideal place for families to take a picnic and escape from city life. Fun, family-oriented theme fairs take place where traditions are passed on to the younger generation through games, songs and dances.

More details about this excursion

Estonian National Museum, established in 1909 in Tartu, said in 1913 that establishing an open air museum was also its task. Estonian intellectuals got the idea from visiting the open air museums in Scandinavia and Finland (in Sweden the open air museum Skansen was established in 1891, in Norway in 1897, in Denmark in 1901, in Finland Seurasaari open air museum was established in 1909). The First World War hindered the museum from taking more serious steps. As from 1921, the resources of Estonian National Museum were spent on fitting out the Raadi Castle, and increasing economic difficulties did not enable to begin with the costly undertaking – the construction of the open air museum. In years 1925 – 1931, the Estonian Open Air Museum Association was active in Tallinn, and setting up the museum in the capital was under discussion. In 1920s and 1930s, the ethnographers of the Estonian National Museum I. Manninen, F. Linnus and G. Ränk promoted and planned the future exposition of the Open Air Museum. The Pirita park-museum should have started its work on 1 July 1941 but the war began. In 1950, the Union of Architects with K. Tihane, A. Kasper, H. Armani, G. Jommi and others raised the issue of setting up an open air museum. More specific preparation activities started in 1956, this time in the Ministry of Culture. Additionally to the above-mentioned names, architects F. Tomps and I. Sagur, historians H. Moora, G. Troska, A. Viires, O. Korzjukov were also active in the organizing committees. The museum was founded on 22 May 1957, it started its activity the same year on 1 June. In July, the museum got a plot of 66 ha near Tallinn, on the coast of Kopli Bay, in the area of Rocca al Mare summer manor, which was established in 19 century. The museum under construction was opened for the visitors in August 1964. By today, the territory of the museum is 72.22 and there are 74 exposed buildings.
Share list:
Print